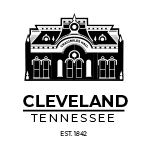 
Over the past week, we have had serious discussions, meaningful conversations and direct dialogue.
Multiple emails and phone calls to the Mayor’s Office referenced the study findings published by 8 Can’t Wait.

In discussions with Chief Gibson of the Cleveland TN Police Department, the Chief has compiled responses to the questions asked by 8 Can’t Wait.
These questions and discussions are all important. As I stated, our CPD works very hard to maintain the highest rating possible as a Department.
I’d like to publicly thank Chief Mark Gibson and the CPD leadership team for their professionalism and promptness in preparing this information as follows:

“So many times, assumptions are made about our department without any efforts to research or simply ask questions. I will answer questions and give you some context on how our polices are developed.

The Cleveland Police Department has been a CALEA accredited agency since 2009. The Commission on Accreditation for Law Enforcement (CALEA) is a national and international program that provides law enforcement with established professional standards and guidance for best practices in policing. They provide comprehensive and uniformed written directives that clearly define authority, performance, and responsibilities. This commission evaluates our agency annually and uses assessment measures to ensure excellence and professionalism. In 2018, the Cleveland Police Department received our 4th reaccreditation award. Our police department was recognized as a Gold Standard agency, which is the highest level of achievement for CALEA.
Now what does that mean? We are held to the highest standard and are among only about 4% of the police departments in this country that are a Gold Standard CALEA agency. We progressively review and revise our policies and training to meet the continuously changing demands of law enforcement. CALEA provides up to date and clear directions related to response to resistance polices (Use of Force). Our policies closely mirror and follow those recommended standards.
Operation Zero (8 Can’t Wait campaign) has conducted research and have identified 8 policy changes that will decrease police violence.

First, I am addressing the 8 recommendations provided. Second, the term police violence is the term used for their research. It is a term that is used out of context and isn’t a term that comprehensively represents the complexity of Use of Force events.

The Cleveland Police Department’s policies in comparison to the 8 Can’t Wait recommendations;

1. The Cleveland Police Department prohibits arterial and neck restraints. This is considered a lethal use of force and is prohibited.

2. Our agency conducts quarterly de-escalation training for all officers. We utilize an interactive training simulator that puts the officers in real life scenarios and requires the officer to utilize verbal de-escalation techniques in order to resolve the simulated conflict.

3. Officers are required by policy to attempt to resolve all deadly force situations by using de-escalation techniques and verbal commands before the use of deadly force. As stated earlier, action by the officers depends on the actions of the offenders.

5. The Cleveland Police Department has multiple policies that require officers to intervene or report officers that are involved in any actions that are illegal or violate policy. Officers face the same level of disciplinary action as the individual committing the actions if they fail to intervene.

6. CPD policy prohibits shooting into a moving vehicle unless the officer reasonably believes the occupants of the vehicle are or are about to use deadly physical force against the officer or another person.

7. Our policy includes a use of force matrix or continuum with 8 steps. This matrix gives the officer directions on progressive escalation in their response to resistance, but also gives progressive de-escalation directions.

That data is used to address specific issues in the community, patterns by the department, and patterns among individual officers. The information helps us develop training, revise policies, and ensure accountability for our agency.”

My hope is that this information provided directly from the Cleveland Police Department will answer questions being asked in our City.
We strive every single day to make our City of Cleveland, TN a better place to live and work and to raise our families.
If you have any additional questions or concerns, I look forward to hearing from you. I am always available to listen.